Anglo-Jewry’s role in Zionism was embodied in its leadership. Sir Moses Montefiore (1784-1885) made no fewer than seven expeditions to the Holy Land during his lifetime, and his diaries record a key connection with Brighton Jewry. As president of the Board of Deputies of British Jews, he travelled to Damascus to intercede in the notorious… Read more »

Anglo-Jewry’s role in Zionism was embodied in its leadership. Sir Moses Montefiore (1784-1885) made no fewer than seven expeditions to the Holy Land during his lifetime, and his diaries record a key connection with Brighton Jewry. As president of the Board of Deputies of British Jews, he travelled to Damascus to intercede in the notorious Damascus Blood Libel Affair in 1840.

His official delegation included Montefiore’s close associate, Sir Isaac Lyon Goldsmid (1778 – 1860), founder and director of the London and Brighton Railway, leading financier to the Bank of England and an indomitable force in Brighton’s expansion as a city – and an emerging Jewish community – during the Victorian era.

A member of Anglo-Jewry’s ‘cousinhood’, the charismatic Col Albert Edward Goldsmid (1846 – 1904) is heralded as having founded the Hovevei Zion (Lovers of Zion) movement in 1890 in Britain. Its members included Brighton Jews who by then had been moving to the south coast from London in increasing numbers.

While this early Zionist movement gained poplar local support in promoting agricultural development in Palestine, it was outstripped by a political urgency for Jewish nationalism less than a decade later, sparked by Russian pogroms and the rise of antisemitism in France.

During this period members of Brighton and Hove’s Jewish community travelled to London to hear Herzl address Anglo-Jewry in 1895 and 1896 and, in 1898, at what historian Geoffrey Alderman refers to as a “monster rally” as leader of the World Zionist Organisation. With the creation of the English Zionist Federation (EZF) in 1899, by 1902 it boasted 7,000 members, almost two-thirds of whom lived in the provinces, including Brighton & Hove.

With the Balfour Declaration of 1917, Zionism’s appeal continued to grow. David Cesarani, author of Zionism in England, said in a telephone interview that “there appears to have been clear evidence of Zionist membership in Brighton throughout the 1920s.”

This support continued unabated throughout the Second World War and after Israel’s War of Independence in 1948. In subsequent years Brighton and Hove Jews channelled their aspirations into building a Jewish national home via philanthropic bodies such as the United Palestine Appeal (1944), the Joint Palestine Appeal (1947) and the United Israel Appeal (1971).

Israel’s independence in 1948 touched the community deeply. Community members recall in detail where they were when the news of the UN vote was taken and, hours later, when Jewish statehood was declared. In the years that followed the annual High Holy Day appeals and Yom Ha’atzmaut celebrations demonstrated the depth and fervour of the community’s commitment to Israel – one that was redoubled during times of crisis such as the Suez, Six Day and Yom Kippur Wars and, more recently, in response to wars against Hamas in Gaza.

In between these events, and thanks to the energetic fundraising efforts by key Israel supporters in the community, engagement with Israel became a natural affair, buttressed by the involvement of youth groups such as B’nai B’rith, Maccabi, Jewish Lads and Girls Brigade in Israel-related activities including summer and year-abroad programmes (especially during the 1960s and 1970s).

During the late 1960s a short-lived Israel Society was formed, but found that its activities were duplicating those of other groups. Later, from 1979 to 1982, Friends of Magen David Adom supported this organisation with various fundraising events.

Over the post war years there were important visits to Brighton by Israeli leaders such as Golda Meir and Yitzhak Rabin on behalf of national campaigns such as the United Jewish Israel Appeal, the Zionist Federation, the Jewish National Fund and Friends of Ben Gurion University, all of which had Brighton chapters.

Philanthropic and social activities revolved around High Holy Day appeals and Yom Ha’atzmaut celebrations. These were punctuated by headline events such as Prime Minister James Callaghan’s address to the 20th anniversary of Labour Friends of Israel at the Brighton Metropole in 1976 – defining Zionist support during the close of the 20th century.

Brighton witnessed a new form of grassroots activism in the autumn of 2013 with the opening of the Israeli-owned EcoStream store on Western Road. This was met by anti-Israel and antisemitic opposition – particularly by the Boycott, Divestment and Sanctions movement (BDS). In the period that followed, Sussex Friends of Israel was formed as a charitable organisation and in 2015 was cited by the Jewish Chronicleas the UK’s most effective grassroots organisation. This is an indication that new chapters of the history of Zionism in Brighton & Hove are still to be written. 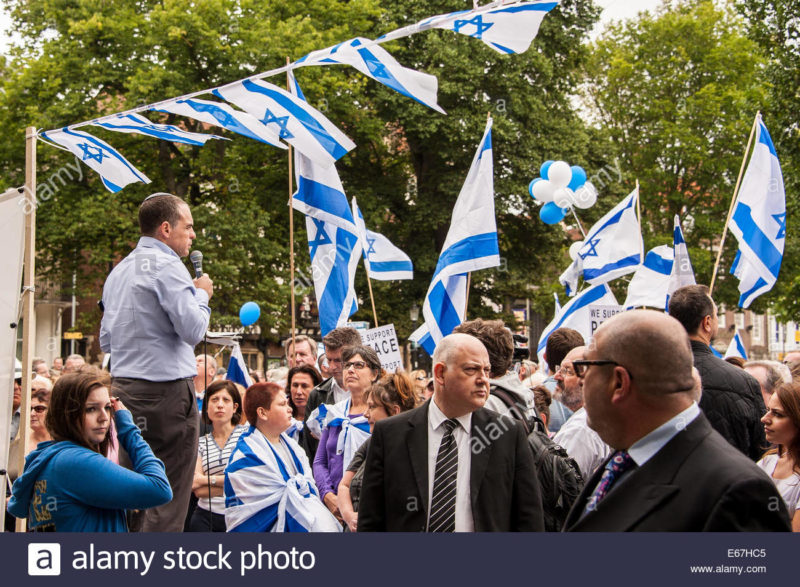