With the blessing and encouragement of the Lubavitcher Rebbe, Rabbi Pesach and Penina Efune established Lubavitch Brighton in January 1987, with the aim of supporting and strengthening existing communal facilities and to create new ones, especially educational, which are essential in ensuring Jewish continuity. Stephen Brook in his book, The Club summed up the arrival of… Read more »

With the blessing and encouragement of the Lubavitcher Rebbe, Rabbi Pesach and Penina Efune established Lubavitch Brighton in January 1987, with the aim of supporting and strengthening existing communal facilities and to create new ones, especially educational, which are essential in ensuring Jewish continuity.

Stephen Brook in his book, The Club summed up the arrival of Lubavitch in Brighton in the following way: “Rabbi Efune has arrived to ginger up its Jewish life. Brighton has no tradition of religious militancy and he will have his work cut out for him; on the other hand the community clearly welcomes another dedicated Rabbi who can assist with services and education in the town. One can never accuse Lubavitch of not trying.”

Amongst the early innovative activities was the annual Purim Ball, the first one taking place in the Hove Town Hall in March 1987 and attended by over 180 people. The annual Camp Gan Israel was started in the summer of 1987, giving children the opportunity to have summer holiday fun in a Jewish environment and also in 1987 the Giant Menorah was erected outside West Hove Synagogue and later moved to Palmeira Square. Both these activities are now a regular part of the communal calendar.

There were musical concerts, with Jewish stars such as Avraham Fried, Moshe Yess and Shimon Craimer, model matzah bakery, Lag B’Omer celebrations, kosher awareness week, adult education initiatives, to name just a few of the many and varied activities that Lubavitch initiated.

In September 1988,the Torah Academy Primary School opened with just seven pupils and reached its peak in 1995 with over fifty children. In 1999 Torah Academy amalgamated with Yavneh Nursery. Sadly, due to declining numbers the primary school closed in July 2007 and now Torah Montessori Nursery is the only full-time Jewish educational establishment in Brighton.

In June 1989, Lubavitch started publishing a monthly Communal Newsletter, which continued until December 1989 when the late Irene Noah took it over and renamed it Jewish Life. This publication eventually evolved into Sussex Jewish News, which was first published in October 1993.

In January 2004, Lubavitch Brighton expanded its activities to include the many students who study in the local universities as well as those along the south coast, by inviting Rabbi Zalman and Shterna Lewis to establish Chabad on Campus, which is now thriving and serving the needs of the Jewish student population.

Lubavitch Brighton has always sided with the voices of optimism and continues to have a vision of an exciting and dynamic community for many years to come. 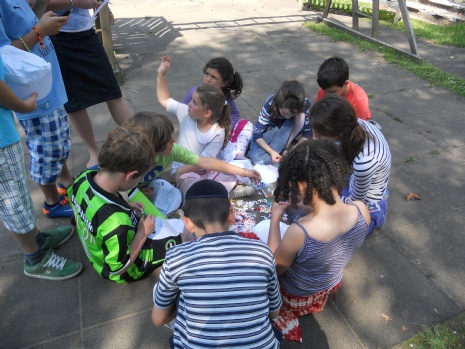