<  The Growth of the Community

It has often been observed that the origins of Orthodox establishments can be found in the art of argument and contrariness. The Hove Hebrew Congregation (HHC) is no exception, but out of dissension came development, progress and growth. Like most origins there was no ‘big bang’. One catalyst was decidedly pedestrian: a collective discontent at… Read more »

It has often been observed that the origins of Orthodox establishments can be found in the art of argument and contrariness.

The Hove Hebrew Congregation (HHC) is no exception, but out of dissension came development, progress and growth. Like most origins there was no ‘big bang’. One catalyst was decidedly pedestrian: a collective discontent at the distance worshippers had to walk to Middle Street Synagogue. When that august and ornate structure was consecrated in 1875, it catered to a Jewish population living in the heart of Brighton. By the late 1920s, Hove had become a new demographic locus of Jewish life.

In addition, with an influx of Jews to Britain fleeing the pogroms and dislocations of Czarist Russia and Eastern Europe since the late 1800s, a clash of cultures, habits and intergroup resentments began to play a role in the inevitable tensionsbetween the aristocratic, Sephardic and highly Anglicised ‘old guard’ and the more ethnic Ostjuden (eastern Jews) who werefinding their way to Britain’s south coast in increasing numbers.

Thus, on the one hand, archival records note that a certain Aaron Samuels moved to Hove from Westcliff-on-Sea in 1914 and formed a minyan (prayer meeting) at his home in Montefiore Road with the help of his father-in-law, Rabbi Nachum Lipman, who served as the chief shochet (slaughterer) to the UK Jewish Community for 47 years. This minyan gathered new members in the ensuing years, together with an accumulation of resentments with Middle Street Synagogue.

Tensions peaked 13 years later when, in 1927 it is recorded that Mr L.W. Frankel, a member of Middle Street Synagogue, was refused an aliyah (honour) one Shabbat following a recent visit to Palestine – in those days a potentially perilous journey. In response, he called a meeting at his house in Brunswick Terrace to discuss the formation of a new synagogue. The propositionmet with broad support; regular services of ‘The New Synagogue’ were held first at The Little Vic Theatre in StMargaret’s Place. Soon thereafter the congregation’s building committee learned that Moss’s Olympia Gymnasium, at the corner of Lansdowne Road and Holland Road, was for sale, whereupon an approach was made.

The first trustees of ‘The New Synagogue’ were Woolf Bilmes,Abraham Gould, Samuel Harrison and L.W. Frankel, who acquired the designated property. With the help of renowned architect Marcus K. Glass, the building committee retained the original façade of the gymnasium, which had been built in 1883. Meanwhile the interior was redesigned to accommodate 370 people, including a large foyer with adjacent cloakrooms,committee rooms, a ladies’ gallery and large stained glasswindows each bearing a cobalt blue Magen David.

On 14 December 1929, the foundation stone was laid by Chief Rabbi Rev Dr J H Hertz. The Mayor and Mayoress of Hove, together with other dignitaries, joined in the historic event and were presented with a leather bound Singer’s Prayer Book in a silken lined case, an exemplar of which can be found in a glass display in the foyer of synagogue today.

During the ensuing year, an Ark was built with six Corinthian columns adorned with gold leaf. A further addition to the synagogue would be made in the 1950s to house a Talmud Torah, kitchens and a hall for social events.

The ‘Holland Road Shul’, formally known as the Hove Hebrew Congregation, was thereby established, providing services for shacharit (morning), mincha (afternoon) and ma’ariv (evening) prayers. Social events were many and varied. The new synagogue, now with the support of wide swathes of the Orthodox community, was opened with the cooperation of Middle Street, whose retiring Rev S Anekstein became its first minister. The synagogue came be known as the ‘haimish’ alternative for those Middle Street congregants wishing to distinguish themselves from the Anglo-Jewish aristocracy and a Sephardi elite that included the Montefiore, Goldsmid and Sassoon families. On its formal inauguration on 23 February 1930, the Mayor handed Mr. J. Salbstein of Worthing a golden key with which he unlocked the main door of the vestibule.

The ensuing years brought a period of growth and expansion for the congregation, studded with occasional and colourful internal broiges (arguments) and communal disputes, many of which can be found in the history of the synagogue published in the Hove Hebrew Congregation High Holy Day Magazine of 2005, commemorating its 75th anniversary.

Amongst the most significant reasons for the congregation’s early and sustained success must be attributed to the Cracow-born Kalman Fausner, the synagogue’s beloved cantor, who served the congregation for 54 years, beginning in 1935. He came to the synagogue one year after the congregation’s firstand longest-serving Rabbi Bernard Wilner, assumed the pulpit. The two would forge a productive and lasting partnership for 34 years.

Cyril Jacobs, a long-time member of the HHC’s Board of Directors, writing in the synagogue’s 75th anniversary magazine, writes: “Young Kalman attracted large minyanim and his lyrical voice was largely responsible for the membership explosion to 500 families and beyond. The Jewish population of Brighton & Hove rose significantly in the 1930s and Kalman made his presence felt not only by his wonderful tenor voice but by visiting new arrivals in their homes to welcome them and encourage them to join the shul.” Moreover, Jacobs continues, “with kosherhotels, restaurants and boarding houses, the town became aweekender’s paradise, including many world-renownedChazanim including Serota, Katz, Rosenblatt and Goldstein. They were all friends of Kalman and graced our bimah on manyoccasions, drawing huge crowds in the process.”

Following World War II and into the 1950s, the Jewish population in Brighton & Hove expanded further, with young families populating the area and creating an increased demand for cheder education. In December 1957, with Rabbi Wilner and Cantor Fausner presiding, the Talmud Torah building, with an accompanying social hall, was consecrated by Chief Rabbi Israel Brodie, who had become a semi-frequent visitor to Holland Road.

Following the retirement of Rabbi Wilner in 1968, the congregation debated the merits and demerits of engaging a communal rabbi in conjunction with the New Church Road shul. This proved to be a contentious on-again, off-again process which ended in unresolved issues of salary, proportionate representation, dues payment by the two synagogues and thethwarted prospects of an amalgamated ‘United Synagogues ofMiddle Street and Hove’.

As a result, the congregation found itself engaging the services of rabbis for varying lengths of time. In 1970, Rabbi Sidney Leperer, a graduate of Gateshead Talmudic College with semichah (ordination) from Jews’ College in 1956, became minister, until 1974 when he took up a post as lecturer in JewishHistory at Jews’ College.

In June 1976, Rev Alec Ginsburg from Dublin became the congregation’s minister; he retired in 1980. Following the appointment of Rabbi Yosef Eliahu (Eli) Salasnik in 1981 on a part-time basis, it was not until 29 May 1983 that the congregation had a full-time rabbi, when Rabbi Anthony Goldblatt was inducted by Chief Rabbi Immanuel Jacobovits and served until 1987, when discussions regarding the need for a communal rabbi were again renewed and subsequently suspended over financial disagreements.

In that year, Dr Julius Carlebach took up the part-time position of minister to the congregation. Dr Carlebach, whose father had been Chief Rabbi of Hamburg, was an heir to the 19th-century tradition of Wissenschaft des Judentums (Jewish Studies), which promoted the scientific study of Judaism using the tools of modern scholarship. He fled Nazi Germany as a member of the Kindertransport and served in the intelligence unit in the Royal Navy. After the war, he became minister to the Jewish community in Nairobi, Kenya. He was promoted to Associate Professor of Sociology and Israel Studies at the University of Sussex and later became Head of the Sociology department there as well.

Since 2005, the congregation has enjoyed the stewardship of Rabbi Vivian Silverman, who holds a BA (Hons) in Semitics, theMinister’s diploma from Jews College and a Master of Philosophyof the University of London. Born in Liverpool, Rabbi Silverman moved with his parents to London and took up his first ministerial appointment in Beehive Lane, Ilford. He married Lynette Mirvis and then was called as a minister to congregations in Johannesburg South Africa, where he obtained the semichah (ordination) from the Beth Din (rabbinical authority) of that city. He returned to the U.K. and accepted ministerial appointments in London, Chigwell (Essex) and the Central Synagogue in London, taking up the post at Hove Hebrew Congregation, where he is known for his erudition, his scholarly work on first century Christianity, interfaith outreach and his participation in the Council of Christians and Jews.

During this period, there here has been a marked decline in the shul-going population in Brighton & Hove. This is due in part to intermarriage, moving away from Brighton and a low birth rate. Yet paradoxically, there are pockets of small Jewish populations that seem to have increased of late. These important changes are in need of further research if this congregation is to have a sustainable future, and celebrate 100 years in 2030. 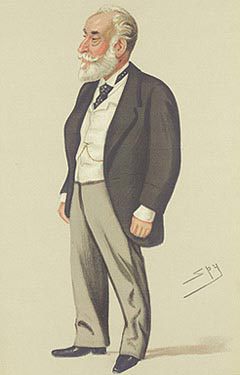